Barat Ali Batoor was once Afghanistan’s most esteemed photographer working for the United States Embassy in Kabul. But in 2011, all this changed when The Washington Post published his potent photo essay exposing one of Afghanistan’s darkest secrets – the brutal trade in young ‘dancing boys’ for the purposes of entertainment and forced prostitution.

Distancing themselves from the ensuing controversy, Batoor was cut loose by his employers with no security. With death threats looming over his head, Batoor escaped to his homeland in Quetta, Pakistan, where as a Hazara, a severely oppressed tribe of people, his life was still at risk. He found human traffickers to smuggle him out of the country into dangerous territory, opening the door to the question of whether these agents serve a purpose in preserving human rights as well.

He embarked on a journey that would see him cross three continents, be trafficked over multiple borders, survive a shipwreck in the open seas, become lost in the jungles of Indonesia, escape from imprisonment and spend months living undercover as an illegal immigrant before finally being granted refugee status in Australia.

Remarkably, he photographed and filmed his entire journey, creating a stunning record of life spent on the run – in a dangerous world of asylum seekers, people smuggling and cross border trafficking. Through his first-person account, Batoor retraces and revisits the sites and people from his journey, presenting the harrowing steps many refugees take in their pursuit of better lives.

BATOOR: A REFUGEE STORY is not only a unique, eye opening look into a world of danger and intrigue, it is also an incredible, life affirming journey of courage and determination in the face of insurmountable odds – a mighty testament to the power and triumph of the human spirit. 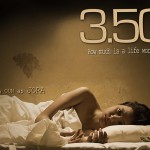